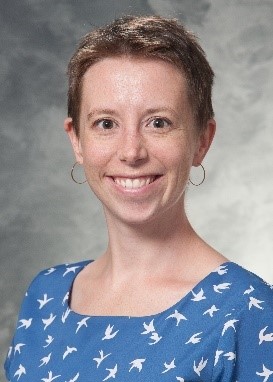 As a provider in a clinic for transgender and gender diverse (TGD) youth, I’m pretty used to talking about gender identity. Still, though it’s part of my everyday practice, I’m often struck by the complexity of these young people’s journeys. I’m always impressed by their bravery in opening up about their experiences with me.

Even when I’m meeting them for the first time, my patients share their experiences searching for their most authentic selves, sometimes in front of family members. And they do this in a health care setting, which research shows is a place that is often not affirming to TGD youth. In fact, surveys of TGD youth and adults show that between one third and three quarters have experienced harm in health care, whether it be verbal or physical violence from a provider, refusal of care, or being told that their own identities are not real.

A few weeks ago, I met a young person who I’ll call Cam. Cam, who had been assigned a male sex at birth, had started questioning his gender identity in the last year. At the time that I met with him, he preferred to used his legal name and “he/him” pronouns. He had a long history of anxiety and, more recently, depression, and had been acutely suicidal a few months prior to our visit.

Cam is high-achieving – good grades, active member of school sports teams – and none of this had changed despite his recent struggles. He had started to talk to his parents about questioning his gender and had discussed his journey with a few of his friends. But mostly he did not want anyone, including his twin brother, to know that he wasn’t sure about his gender identity. He had confided in his primary care physician, who had suggested our clinic for transgender young people, and he had agreed to come.

He asked to be seen without his parents, who I ended up meeting with separately after Cam and I had finished. Cam was adamant that he did not want to share his journey with anyone in his life who did not already know that he was gender questioning--and it was clear that he had difficulty talking about it with anyone. He struggled to find the words to talk about his gender: his voice got caught on the word “transgender.” When I gently probed what that meant to him, he said that he thought that he was “the opposite gender,” but never articulated any of the words that many of my adolescent transgender patients say proudly: girl, woman, femme, transfeminine.

Cam was not ready for or interested in medical therapies, and all I had to offer him was time and support. We talked about his journey to this point, and how to imagine a path forward, even if he couldn’t see past the next turn. We talked about ways to explore gender identity and expression privately, and maybe, just maybe, with other people. We talked about where he felt support in his life, about his relationship with his therapist. I wondered if that was a place he could try on different aspects of exploration – pronouns, name, clothing – in a way that felt safe.

Cam’s visit isn’t necessarily typical in my clinic for transgender and nonbinary youth. Many of the young people I see have known their gender identity for months or years before I meet them, and my job is to connect them to resources – legal, family, school, medical, surgical –to help them access support and affirm their identities. I monitor for signs of puberty to discuss whether and when it might be appropriate to start puberty blockers, like leuprolide or histrelin. I explore whether and when it might be time to start estrogen or testosterone, and discuss that there is no one right way to affirm gender identity. I review the research we have (and that we don’t have) about gender identity to help a parent understand their child’s journey.

"Surveys of transgender and gender diverse youth and adults show that between one-third and three-quarters have experienced harm in health care, whether it be verbal or physical violence from a provider, refusal of care, or being told that their own identities are not real."

Many may think of my role as a subspecialist in gender care as primarily providing medication and surgery referrals, but gender affirmative care - the approach of creating space to affirm all gender identities - is the true core of what I do. The new AAP policy statement, “Ensuring Comprehensive Care and Support for Transgender and Gender-Diverse Children and Adolescents,” emphasizes that each primary care pediatrician should know how to refer their patients to resources, but also makes clear that a gender-affirmative model of care is standard practice for all of us. This is particularly important given that general pediatricians might be the first people that TGD youth encounter in healthcare (as was the case for Cam), and how that interaction goes might determine whether that young person returns to the healthcare system for affirmation and support.

As described in the recommendations, in a gender-affirming model of care “pediatric providers offer developmentally appropriate care that is oriented toward understanding and appreciating the youth’s gender experience” and understand the full range of healthy identities, including cisgender, transgender, nonbinary, and agender identities. While headlines often emphasize that transgender and nonbinary youth have high rates of depression, anxiety, and suicidality, providers in a gender-affirming model of care recognize that this is most often related to the stress of stigma and negative experiences, including discrimination, that a person experiences on a day to day basis as a gender minority.

Like so many things in pediatrics, a gender-affirming model of care also recognizes that the health of one person also depends on their experiences with their families and community. It emphasizes our role in helping parents support children of every gender identity and advocating for safe and supportive school and home environments. In addition, it includes supporting insurance coverage of gender transition care, and educating each other, our staff, and our learners to build affirming clinical environments.

Concretely, here are some examples of steps that a provider might take to provide gender-affirming care:

A gender-affirming model of care is the first step in a long journey toward building safe, supportive spaces and resources for TGD youth in healthcare. For young people like Cam, the model of care shows that his experiences are normal. As Cam explores his gender identity, he may come back to me for gender affirming medical care, such as hormone therapy, that will (probably) still be housed in a specialty clinic. But the AAP’s new recommendations emphasize that supporting gender identity development and exploration for all youth is not specialty care: it’s just another part of being a general pediatrician.

Dr. Brittany Allen, MD, FAAP (pronouns: she/her/hers), is a general pediatrician and assistant professor at the University of Wisconsin School of Medicine and Public Health (UWSMPH) as well as the co-medical director of the American Family Children's Hospital Pediatric and Adolescent Transgender Health (PATH) clinic. At the time that the PATH clinic was founded in 2013, it was the only multidisciplinary program of its kind for transgender youth in the state of Wisconsin. In addition to this specialty care, Dr. Allen is a primary care pediatrician with a focus on affirming, high-quality care for LGBTQ+ youth. She is a member of the AAP Section on LGBT Health and Wellness and serves on that Section’s Publication Review Committee.

Supporting and Caring for Transgender Children