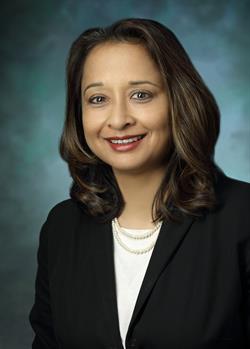 As a pediatric endocrinologist, caring for kids as young as 10-years-old with type 2 diabetes and other diseases once limited to adults, I see the pervasive impact that sugary drinks have on young people. Children’s lunchboxes are packed with colorful juice boxes, cartoon characters touting that they are healthy, and teens routinely report drinking 2-3 12-oz. sodas every day.

In fact, children and teens consume about 17 percent of their total calories from added sugars--well above the limit of 10 percent recommended in U.S. Dietary Guidelines--and half of those are from sugary drinks.

The omnipresence of added sugars in our society has contributed to obesity in 17 percent of U.S. children and adolescents. In addition to type 2 diabetes, we’re now seeing children with obesity complications that include dyslipidemia, hypertension, nonalcoholic steatohepatitis (fatty liver disease), depression, anxiety, polycystic ovarian syndrome, obstructive sleep apnea, and orthopedic problems as a result.

But epidemic-levels of obesity isn’t the only way kids are being harmed by the constant flow of sugary drinks. They’re also linked independently with diabetes and heart disease, long term health conditions that will impact a child for their entire life.

Sickly sweet: solutions for a generation at risk

This is why the new policy statement from the American Academy of Pediatrics (AAP) and the American Heart Association, “Public Policies to Reduce Sugary Drink Consumption in Children and Adolescents” is so important. It highlights an urgent need for system-wide interventions to help curb growing health problems that overconsumption of sugary drinks help fuel. These include excise taxes, limits on marketing to children, and financial incentives for purchasing healthier beverages.

Despite current initiatives to decrease marketing of these drinks to children, sugary beverage advertisements targeted at youth has actually increased since 2007, particularly to adolescents. These include flashy ads with cool celebrities for soda, fruit drinks, sports drinks, and energy drinks, and surveys suggest the greatest exposure to African American teens.

In fact, the problem of excess added sugars disproportionately affects our most vulnerable – minority and socioeconomically stressed families. Unfortunately, healthy foods such as fresh fruits and vegetables are often also the most expensive foods in the store. Parents have told me that the number of fruits and vegetables they buy when they go to the grocery store depends on where they are on their last paycheck.

​"I wonder when my 10-year-old patient with type 2 diabetes might have complications of the disease. Will she have her first heart attack when she should be in the prime of her life?”

I’m especially alarmed by findings from the TODAY (Treatment Options for Type 2 Diabetes in Adolescents and Youth) study.The first large, randomized multi-center treatment trial for type 2 diabetes in youth, it showed the disease seems to progress faster in children than in adults. The study also found that youth with type 2 diabetes have high rates of diabetes complications that show up earlier in the disease course than seen in adults. In addition, the only oral medication FDA-approved for type 2 diabetes in children, metformin, failed in approximately 52% of children in the study. It was the least effective in African American youth.

I wonder when my 10-year-old patient with type 2 diabetes might have complications of the disease. Will she have their first heart attack when she should be in the prime of her life? Our society may be faced with a generation of children having complications from diabetes decades earlier in age than seen previously, posing a tremendous public health problem and a large personal toll.

In the clinic, one of the first nutrition questions I ask patients developing diabetes and other diet-related health problems is about sugar-sweetened drinks. In my mind, sugary drinks are the “low-hanging fruit” in the fight against the obesity epidemic.

My 15-year-old, my patient Tom was battling obesity and had just been diagnosed with pre-diabetes. Tom was trying to work on exercising and eating more healthy foods but needed help getting his blood sugar under control.

Tom told me that he likes to drink soda, generally has a few cans per day. When Tom and I were setting short-term goals for him to work on, he agreed that he would try to cut soda out of his diet.

The next time I saw Tom in clinic, he and his mother had incredible news to share. Tom had lost 10 pounds--just by stopping his soda drinking. Sadly, however, Tom is one of the all-too-rare examples of patients successfully overcoming the harmful hold sugary beverages have on their health.

In order to prevent significant public health problems in the future, we need to implement policies to decrease sugar-sweetened beverage consumption in children now. We owe it to our patients to do everything we can to lower their odds of developing diseases they shouldn’t have to worry about for decades to come.

How to Reduce Added Sugar in Your Child’s Diet: AAP Tips