A Pediatrician's Reflection on the Red River Gorge 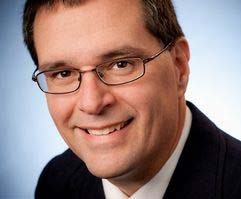 I am a Kentuckian. And at least a fifth generation one, at that. Kentucky may mean fried chicken to some people, and the Kentucky Derby, mint juleps, or tobacco to others. We have a lot of vices in Kentucky, and they help land us high on a lot of poor health indicators like cancer rates and childhood obesity prevalence. However, for me, the quintessential Kentucky experience is a day of hiking in a place that many Kentuckians overlook, a beautiful and unique spot on the globe known as Red River Gorge.

Set among what we Kentuckians call “knobs,” which are actually the Appalachian foothills in the Eastern part of the state, the Gorge is full of fun places to explore: natural sandstone arches, crazy Seuss-like limestone formations, little-known caves and streams, and the prettiest overlooks between Maine and Colorado. It’s an enormous natural playground where adults can release their inner child, and children can release their video game controllers, and discover the outdoors really are great.

As our family “funcle” (and I have to say there is no better job in the world than fun uncle), I have proudly demonstrated to scores of kids that adults also need to jump, run and play in places like the Gorge. We scramble over boulders, squeeze between plates of rocks, encounter magnolias in the valleys and northern pines on the ridgetops, and spot unique salamanders, indigo buntings, red foxes and a zillion other species nearby. Taking it all in is an immensely enjoyable way to get needed exercise and soak up the many other physical and psychological benefits nature offers.

And here are the crazy things about the Gorge. It almost got flooded in the 1970s by a hydroelectric project. Public defense of the Gorge saved it. I remember the bumper stickers, the protest marches, and the sit-ins that changed the debate and saved the Gorge. To me and other Kentuckians, the Gorge is a living testament to people power.

The Gorge is not pristine or untouched. Native Americans carved footholds into the Indian Staircase for you to scamper up the side of an otherwise unclimbable rock face. An old farmstead stands in a clearing overlooking the Red River itself. An abandoned mining camp exists next to Rock Bridge, one of the only natural arches in the world that spans a creek. There are even blast marks on the bridge from efforts by the miners to remove it for convenience. The Gorge also survived a fire, sparked by a careless camper about 5 years ago, that singed its eastern half.

​"We scramble over boulders, squeeze between plates of rocks, encounter magnolias in the valleys and northern pines on the ridgetops, and spot unique salamanders, indigo buntings, red foxes and a zillion other species nearby. Taking it all in is an immensely enjoyable way to get needed exercise and soak up the many other physical and psychological benefits nature offers.”

Scars are evident, but the Gorge lives on as it slowly heals through Mother Nature’s recuperative powers and some human caretaking. In other words, it is reclaimed land. To me, it shows that it is almost never too late to bring nature back to life. In turn, places like the Gorge will help current and future generations live healthier lives.

I had my 30-year medical school class reunion last year. And many of the people who came back to Cincinnati for the reunion were friends whom I introduced to the Gorge. After talking about our beloved canyonland, a couple of friends who are in pediatric neurology and child psychiatry started talking about the importance of asymmetry in nature. Getting kids away from rectangular tablets and a world of right angles and straight lines is a challenge in our man-made lives. But the ability to deal with uneven surfaces and unexpected environments sharpens and refreshes us. Everything from our stabilizer muscles to spatial skills and our ability to improvise are enhanced by our encounters with nature and its inherent unpredictability.

Christopher F. Bolling, MD, FAAP, chairs the American Academy of Pediatrics (AAP) Section on Obesity and the Kentucky Chapter of the AAP’s Obesity Task Force A pediatrician and partner at Pediatric Associates in Crestview Hills, KY. He also serves as a Volunteer Associate Professor of Pediatrics in the Division of General and Community Pediatrics at Cincinnati Children’s Hospital Medical Center (CCHMC) and the University of Cincinnati College of Medicine. Dr. Bolling was Kentucky State Lead for Be Our Voice, a program to train medical providers to be advocates for obesity prevention, and has extensive experience in early child obesity prevention in the medical home and childcare settings. He is the former president of the Northern Kentucky Medical Society, the Cincinnati Pediatric Research Group practice-based research network, the Cincinnati Pediatric Society and the Medical Staff of Cincinnati Children’s Hospital.

National Park Trust (Held on the third Saturday of May each year, Kids to Parks Day is a nationwide celebration of the great outdoors designed to connect kids and families with their local, state, and national parks and public lands.)