This episode of the Pediatrics On Call podcast explains the importance of reproductive health care and education. It also focuses on trends toward resegregation in public schools.

Welcome to Pediatrics On Call: a podcast on children’s health from the AAP. Each episode features interviews about new research and hot topics in the field of pediatrics. Hear about the most important innovations in pediatrics, from the people who are behind them. While designed for pediatricians and other health professionals, the podcast will also appeal to parents, caregivers and anyone else interested in the science behind children’s health.

Co-hosts -- pediatricians David Hill, MD, FAAP, and Joanna Parga-Belinkie, MD, FAAP – draw on their expertise and training as physicians, as well as their many conversations with families and their own experiences as parents to inform their interviews.

Pediatrics On Call is supported by Johnson & Johnson, the global healthcare company. The podcast is  available on Apple Podcasts, Google, Spotify, and wherever podcasts are found.

Joanna became a pediatrician because “she’s just too nice” was a frequent trope of her medical school evaluations. As an attempt to spice things up, she became a neonatologist but still saves babies with a smile on her face. However, it wasn’t until she became a mother that she endured her most intensive training in infant care and learned how to write personal bios while breastfeeding.

Her education has been bicoastal: from Harvard College in Boston to Mount Sinai Medical School in New York City, all the way to Children’s Hospital Los Angeles for pediatrics residency and the University of California, Los Angeles for neonatal fellowship. For her first job as an attending, she came back to the east coast and has landed in Philadelphia. There she works as an assistant professor of clinical pediatrics at the Children’s Hospital of Philadelphia and the Hospital of the University of Pennsylvania. She cocreated the podcast Baby Doctor Mamas as her first foray into podcasting and has been a contributor and writer for many media outlets including The New York Times, National Public Radio, SELF Magazine, and NBC News.

When she’s not doctoring, parenting or podcasting, she is usually watching television with her husband Danny, a cinematographer who is always excited about how they got that cool dolly shot. She’s frequently embroiled (but never consistent) in some new exercise routine and is hoping to do her first pull-up during the pandemic (tips and encouragement are encouraged!). 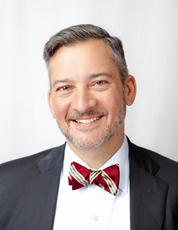 Dr. David Hill did everything he could to avoid becoming a pediatrician like his dad. He majored in political science at Rice University and then crossed the street to attend the University of Texas McGovern Medical School, where he did research in neurosurgery before pivoting at the last minute to a combined internal medicine-pediatrics residency at the University of North Carolina Chapel Hill (where he is an adjunct assistant professor of pediatrics). After four years in med-peds practice he moved to coastal Wilmington, NC, and found a home at the frighteningly named Cape Fear Pediatrics. Currently Dr. Hill practices pediatric hospital medicine at Goldsboro Pediatrics in Wayne County, NC.

David fell in love with journalism as a high school newspaper editor in Memphis, TN, freelancing for the Memphis Commercial Appeal, the Memphis Business Journal, and Memphis Magazine. Later he continued to write and broadcast as a regular commentator for National Public Radio’s All Things Considered and NPR member stations WUNC and WHQR. A frequent contributor to Parents Magazine, Dr. Hill is also author of Dad to Dad: Parenting Like a Pro (AAP Publishing 2012), associate medical editor of Caring for Your Baby and Young Child: Birth to Age 5 (AAP Publishing 2019) and coauthor of Co-parenting Through Separation and Divorce: Putting Your Children First (AAP Publishing 2020) as well as associate editor of the AAP’s Pediatric Care Online Patient Information. He also serves on the AAP Council Management Committee.

Dr. Hill lives in Wilmington, NC, with his wife Christy (a pediatric physician assistant) and the intermittent company of 3 children and 2 stepchildren ages 15-21. For fun he enjoys running, fitness, cooking, and travel.