The Hidden Hazard That Too Often Escapes Babyproofing 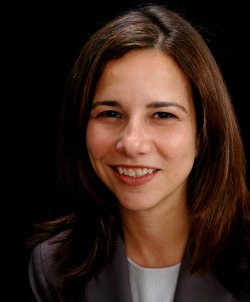 Embedded within a rising array of common household gadgets, lithium button batteries can seriously injure or kill children who swallow them.

Baby-proofing your house–especially for the first time–can be a daunting experience. Everything can be viewed as hazardous to a toddler, and even the most mundane household fixtures can pose dangers that need to be secured. Indeed, while visiting my sister and her family last year, I literally couldn't figure out how to unlock their toilet! It turned out she and her husband, both orthopedic surgeons, had hired a professional "baby-proofing consultant" to educate them on household hazards. While I had to agree the toilet bowl lock had likely reduced their baby's risks of accidental drowning, my own experience also attested to the increased likelihood they had succeeded in thwarting unsuspecting guests seeking to use the facilities.

What my sister didn't know--and what in retrospect she hadn't asked--was which ordinary household objects were capable of frightening me most, given my experiences as a pediatric gastroenterologist. If she had, I would have been quick and definite in my answer: lithium button batteries. Instead, when I emerged from their powder room, commenting on their excellent baby proofing and inquiring about other changes they had instituted, my sister and her husband looked at me blankly when I asked if they also knew to be careful about storage and disposal of the button batteries that power their car remotes.​

You see, kids often swallow the 'darndest' things. Luckily, most don't kill them. (I personally will never forget when my own daughter, now 15, became entranced as a toddler by the blue color of window cleaner and put the bottle, like Alice in Wonderland, to her lips.) But pediatric gastroenterologists all around the country, as well as pediatric emergency department physicians, surgeons and otolaryngologists, have been witness--more and more frequently in recent years--to horrible injuries and inexplicably tragic deaths that can occur when otherwise healthy children swallow button batteries.

​"Burning of the esophageal wall by button batteries can start quickly--within 15 minutes of contact–and can occur even with "dead" batteries that have been discarded after use."​

Button batteries are all around us these days. They power your remote controls, your flashlights, hearing aids and even some smart phones. Most range in size from a dime to a half-dollar and are shiny and smooth. Needless to say, they are irresistible to toddlers–who tend to put everything in their mouths. While the larger ones are more likely to get stuck, batteries of any size can cause damage when contact with body tissues completes the circuit between their positive and negative terminals, causing electrical current to flow.

As a pediatric gastroenterologist, I can attest that lithium button-batteries are particularly dangerous when they become lodged in the esophagus. The electrical current of the battery quickly begins to burn through to other nearby important structures in the chest, such as the aorta or the trachea. In my hospital, we recently cared for a child who swallowed the replacement battery her parents kept in a bedside table for a small reading light that could clip to a book. The battery burned through to her trachea, causing a "fistula" or abnormal connection between her digestive and respiratory tracts to develop and necessitating an emergency tracheostomy to allow her to breathe.

A battery stuck in the esophagus that burns through to the aorta can be even more dangerous, causing massive bleeding that is essentially impossible to stop. Burning of the esophageal wall by button batteries can start quickly--within 15 minutes of contact–and can occur even with "dead" batteries that have been discarded after use. If you want to see how fast a button battery lodged in tissues can cause damage, check out this video from my colleague Dr. Robert Kramer at Colorado Children's Hospital, who simulated the potential injury in a hotdog.

​"The devices don't necessarily bother me, but spreading the word on how important it is to recognize and safely store what's powering these gadgets--as well as to very deliberately discard old batteries after changing them--has become a mission.​​"​​

Seeing a child who has swallowed a button-battery that has burned through to their aorta and caused a completely preventable death by massive hemorrhage is probably one of the most terrifying and life-changing experiences a physician can have. Among a number of initiatives taken to prevent such tragedies, the American Academy of Pediatrics has been participating in a Button Battery Task Force that has been bringing together medical, industry and patient-advocacy groups on a bi-annual basis since 2014 to address the issue and advocate for appropriate solutions. One specific goal of this national effort has been to encourage development of new technologies that make batteries incapable of transmitting a charge unless firmly seated within a battery compartment. Ideally, this would render button batteries safe within the human digestive tract.

However, assuring such changes in industrial manufacturing is a long-range goal and will require patience to become the solution. In the meantime, the number of inexpensive, everyday electronic devices powered by button batteries in our homes continues to grow. The devices don't necessarily bother me, but spreading the word on how important it is to recognize and safely store what's powering these gadgets--as well as to very deliberately discard old batteries after changing them--has become a mission.

It is true we can never completely feel safe with a curious, exploring child in the home, and we should think carefully about those mundane household items that could be implements of danger. It is also true that the list of potential dangers is long. Nevertheless, some of the child-unfriendly items in our ever-expanding electronic world are worthy of prioritizing for increased awareness. To my mind, lithium button-batteries should top that list.

Je​​nifer R. Lightdale, MD, MPH, FAAP, is the Chair of the Executive Committee for the Section on Gastroenterology, Hepatology and Nutrition for the American Academy of Pediatrics (AAP) and an AAP National Convention and Exhibition planning group member. She is Division Chief of Gastroenterology and Nutrition at UMass Memorial Children's Medical Center and a Professor of Pediatrics at University of Massachusetts Medical School.