​Childhood Immunization: Preventing a Lifetime of "What If?" 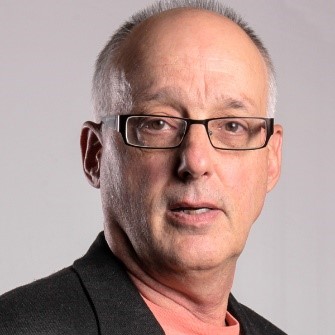 Editor’s note: This is one of a series of “AAP Voices” posts timed with National Immunization Awareness Month to highlight the importance of vaccination to protect against life-threatening diseases.

My mother died in 2016. In sorting through the family photos, I discovered one from the early 1900s. In the sepia colored photo, some unknown relative of mine apes for the camera. She is dressed in a white ruffled romper. Her blonde curls had to be natural. Her smile radiates deep soulful joy. Her hands on her hips reflect a sassiness you hope to find in all girls that age.

The braces on her legs tells us she spent a long time in bed struggling with “infantile paralysis”. Perhaps she was on an iron lung. Her parents took her to have the braces fitted hopeful ambulation would follow.

Who knows how long she had to endure trying and failing before she was able to master standing even long enough to have the photo snapped. Once you see the braces, the look on the face radiates something more. This is a dauntless, invincible and intrepid five-year-old that has mastered one obstacle and ready to take on the world.

What if there had been a polio vaccine then? Would someone have cared enough to do everything they could to make sure no child would have to crawl this path? Would they have made sure the parents got the very best medicine had to offer?

Given a moment to contemplate life from the perspective of many trips around the sun, you can see twists and turns of the path traversed that were dictated by pivotal decisions. Some decisions meant traveling to and through difficult and painful places, while others ended in unanticipated, joyous celebration. They may have resulted from long-term, deliberate strategy, or a moment’s distraction or inattention.

An early morning cup of coffee, watching the first rays of light penetrate the darkness, finds us looking backwards some days and thinking on these things. We know that there is no opportunity to actually return to yesterday and change one decision; retract one word; give one hug; share one smile; think a little more before walking away.

Some decisions were not ours to make. Resources were limited; knowledge was limited. Tools like vaccines were not yet available to prevent a life-altering disease. Or maybe they were, and a decision was made based on misinformation.

The pain of preventable outcomes

In my career as a pediatrician, I have walked through regretful moments with families along their paths where preventable outcomes had to be accepted. I am certain that not one day goes by when the haunting refrain of the “What if?” song diminishes in volume for them.

Walking through those moments when we are the decision-maker is difficult enough. Walking through those moments with others, sharing the burden of grief, is something those accepting a diploma from medical school certifying the mastery of knowledge are woefully prepared to shoulder. The art of medicine is to avoid being impaired by enduring grief and loss of those in your charge while maintaining some sense of hope for today. But even then, in the early moments of the day, we too heed the sirens song to come ashore on the Isle of “What if.”

“What if there had been a polio vaccine then? Would someone have cared enough to do everything they could to make sure no child would have to crawl this path? Would they have made sure the parents got the very best medicine had to offer?"

What if the father of the five-year-old boy had insisted on helmet wearing when riding a bicycle? What if he had not been distracted by his oil change as his newly minted rider braved the incline of the driveway into a busy street in front of his house? Would he have graduated from high school by now? Would he have been an All-State quarterback being recruited by Coach Saban to play for the Crimson Tide by now?

What if the grandmother of the five-year-old boy and three-year-old girl had not allowed them to go with her to a house with a pool on Memorial Day? What if the door had had an alarm that warned the three-year-old was determined to go to the pool? What if the brother was not faced with the decision to go get help or have his sister die alone? Would they be best friends now?

What if there had been a vaccine against the Haemophilus influenzae (Hib) and Pneumococcus in 1981? As a young resident, would I have seen so many children die? Would I have known so many likely would never hear again? Would it be as hard for some parents today to realize the importance of that vaccine in the days when the threat was pervasive and somehow more real to them? When medicine does a great job diagnosing and treating, prevention fades in importance because no one has to pay the price of living with loss.

The retro spectroscope of life always gives us 20/20 vision. As for today, we can just do the best we can with what we have.

I keep the photo of my mother’s family on my desk. This glimpse of the past reminds me to look forward. What can we, as pediatricians, do to speak boldly about the certainty of the shield of protection offered by vaccines to allow children to find their own life path?

Eric Owen Tyler, MD, FAAP, an executive board member for the American Academy of Pediatrics Alabama Chapter, was named his state’s 2019 Childhood Immunization Champion by the Centers for Disease Control and Prevention. He is a pediatrician with Pediatric Associates in Alexander City, Alabama.