​Counseling Families about Water Safety a Matter of Practice Quality 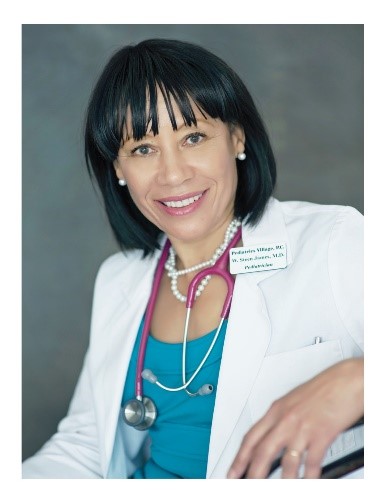 Georgia pediatrician discovers that fewer than half of her patients—and their parents--ever had swim lessons. Those statistics, combined with haunting memories of drowning patients she treated, leads the solo practitioner to view drowning prevention a key element of a patient-centered medical home.

The 3-year-old boy had been upstairs at home with his mother. She stepped into the washroom, and when she came out a couple minutes later, she noticed her son was gone.

Panicked, she instinctively ran to the family swimming pool, where she found the gate unlatched and her son floating face down in the water. Although she immediately started CPR as the ambulance raced to her home, the boy suffered extensive brain damage. He remained in a vegetative state until he passed away at age 14.

In my early years of caring for this patient, I’d often reflected on a similar incident involving my own son. It happened while I was chief resident at a pediatric tertiary care referral center, which treated many of the region’s young drowning victims. My husband and I had moved with our toddler son into a home with a pool, and we had in-depth conversations about safety around water, including the need for constant supervision.

One afternoon, our son was in the backyard playing as my husband watched from a few feet away. Even with my husband right there, our son fell into the deep end of the pool and went under.

“It was so quick,” said my husband, who yanked our boy out by his ankles. “It happened right in front of my eyes.”

Thankfully, our son was OK. But as I cared for the boy who never recovered, I would remember how easily that could have been my son.

When he fell into the pool, we had just signed our son up for gymnastics lessons. We immediately started looking for swim lessons, instead. Gymnastics could wait.

Working in a large multi-specialty group after residency and eventually opening my solo practice, I vowed to make it a priority to provide anticipatory guidance on water safety to all my families, following American Academy of Pediatrics’ Bright Futures guidelines.

Even with the most well intentioned and attentive parents, children can drown in an instant. Young children, especially, are fascinated by water and drawn to its shiny wet ripples. That’s why the recently released AAP policy statement, “Prevention of Drowning,” emphasizes the need for multiple layers of protection to keep them safe. This includes close and constant supervision, yes, but also other precautions such as pool fences with child-proof, locking gates, and swim lessons as soon as a child is developmentally ready.

I felt that this was especially important to the diverse population of my practice. It serves families from 10 different counties and at least 2 different states and represents a wide variety of cultures, including many African-American and Latino families. According to a recent study conducted at YMCA community centers by the USA Swimming Foundation and the University of Memphis, a majority (64%) of African American children can’t swim, and 45% of Hispanic children can’t swim. This compares to only 40% of Caucasian children who have not learned to swim. I would learn that these sad statistics were reflected in my own practice.

When I decided to certify my practice as a National Committee for Quality Assurance Primary Care Medical Home, I surveyed my families periodically to make sure I was serving their particular needs as well as I could.

The survey led to more discussions with my families. Parents revealed some of the reasons they hadn’t enrolled their children in swimming lessons yet. Many told me that because they never learned to swim themselves, they were afraid of water and didn’t encourage their children to get into lessons. Scheduling conflicts also came up. In some families, children were in organized sports with practices, games and meets that took up most evenings and weekends.

Swimming: the first sport every child should learn

I realized I could help by referring families to community resources, including accessible swim lessons, and talking about swim lessons early--even before children can walk and start getting involved in other activities.

I begin counseling families about water safety at home as soon as they start coming in for well checks, explaining how babies can drown in as little as an inch or two of water. I advise about bath safety, for example, and making sure buckets are always emptied immediately after using them and that toilet lids are locked once a baby can crawl and pull up.

Then, I begin the discussion about swim lessons. I tell them about parent-child water safety classes available in our community beginning at 1 year of age, and encourage them to get enrolled in formal lessons by around age 4. I also refer families to swim lessons for children with disabilities such as autism, which increases a child’s drowning risk. I’ve arranged with one local swim school to offer classes at a variety of times to accommodate different schedules. The classes have become so popular that there is a waiting list.

​“Parents revealed some of the reasons they hadn’t enrolled their children in swimming lessons yet. Many told me that because they never learned to swim themselves, they were afraid of water and didn’t encourage their children to get into lessons.”

I started asking families about activities they plan to get involved with. Some parents, especially dads, tell me how they can’t wait to enroll their son or daughter in football, basketball, soccer or gymnastics.

“Those are great sports,” I say. “But, look, the first sport they should learn is how to swim. Let’s get this done first, because when they become very involved in this other sport, it is going to be more of a challenge to find time.”

The goal is not to produce Olympic swimmers, I tell parents, but just make sure the child is water safe and they’ve been taught basic swimming and self-rescue techniques from a qualified instructor.

I also explain why knowing how to swim is important when they go on family vacations to the beach or stay in hotels with a pool. CDC statistics show that 87 percent of non-swimmer youth plan to visit a beach or pool at least once during the summer months, and 34 percent plan to go swimming at least 10 times.

I share a story about one of my adolescent patients whose family went to the beach. The girl didn’t know how to swim, so stayed on the edge of the shore. But a then a wave came, and the sand gave away under her feet. She went under. Thankfully, there were lifeguards and they rescued her. It caused a lot of drama, but she was fine.

The next time the family came in, they told me about what happened.

I also give anticipatory guidance to families with older children as graduation and other summer parties begin, and the dangers of unsupervised swimming. One of my husband’s high school classmates drowned during an unsupervised graduation picnic party along the Mississippi River. He decided to jump into the river like many of his friends were doing, but he couldn’t swim.

Some of my patients who haven’t learned how to swim are serious athletes who come in for sports-related injuries. I explain how great swimming is for cross-training and encourage them to enroll in swim lessons during the off season. Plus, I tell them, swimming is something they can do their whole lives, long after they’ve stopped doing other sports.

We now incorporate the swim survey as a routine annual screening tool in my practice. This lets us see how we are doing with our families to increase water competency. The one we did this spring showed that the number of families in my practice with at least one person who can swim has risen to as high as 90 percent.

Now, among my favorite moments as a pediatrician is when families come back in and say, “Dr. James, look at this.” And they take out their phones to show me a video of their child stroking across the pool.

My families have a lot of priorities competing for their time, but more and more they are finding a way to make swim lessons a priority. As pediatricians, also with many competing priorities, so must we.

As a solo practitioner, I am fortunate that my staff has taken this on as a mission as passionately as I do. Our shared goal is to keep our families safe and make our practice the best medical home it can be for them

W. Steen James, MD, FAAP, is a member of the American American Academy of Pediatrics and its Georgia Chapter. Her solo practice, Pediatrics Village P.C. in Peachtree, Georgia, is NCQA-PCMH Level 3 Certified. Dr. James earned her undergraduate degree in early childhood development from Howard University and her medical degree from Emory University.