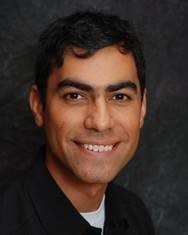 Editor’s note:
This is one of a series of “AAP Voices” posts to highlight the effect of climate change on children’s health.

Fifteen-year-old David and his father Raul came to see me in clinic one day seeking a second opinion regarding David’s painful, swollen right knee.

“We went to the ER at Children’s Hospital because his knee is really bothering him. I thought he had hurt it playing soccer, but the doctor there said he had Lyme disease,” Raul explained.

“Did you hurt it playing soccer?” I asked David.

“No,” he replied. “I mean, I don’t think so. I had a game the other day and I don’t remember getting hurt at all.”

I examined David’s knee. It was warm and swollen to the size of a grapefruit. Certainly if he had injured his knee to cause it to look the way it did, he definitely would have remembered.

“The doctor who saw him,” Raul continued, “ordered some tests and antibiotics, but I wanted to check with you first before he started taking the medicine. The doctor seemed like she knew what she was talking about, but she said David would need to take the antibiotics for four weeks and I just wanted to be sure.…”

I pulled up the note from David’s ER visit. Raul was right. They saw Dr. Roth. She does know what she’s talking about.

“Look,” I said to them both, turning the screen in their direction. “His labs are back.”

The blood test for Lyme disease is two-tiered. The first tier is called an enzyme-linked immunoassay (ELISA), which identifies antibodies to Borellia burgdorferi, the spirochete bacteria that causes Lyme disease. ELISA is sensitive but not specific; in other words, other diseases can cause an abnormal result. So if you have elevated antibody titers, a second confirmatory test is done called a Western blot, which uses gel electrophoresis to identify proteins of different molecular weights. If the Western blot is positive, the patient has Lyme disease. I explained all this to Raul and David.

“David has an abnormal ELISA test, so I agree with the ER doctor that he probably has Lyme disease. We’ll wait for the Western blot result to confirm, but in the meantime he should start the antibiotic,” I said. I also recommended an EKG for David to evaluate for heart block, since the condition develops in roughly one out of every hundred Lyme disease cases reported.

“It’s possible that with continued rising temperatures, we could see even higher rates of Lyme disease and other vector-borne diseases."

David and his father left the clinic dismayed. I felt sympathy for David. He wouldn’t be able to play soccer until he healed, and it seemed surprising and unfair that this happened to him at all. Lyme disease is transmitted via bites from Ixodes scapularis, also known as the blacklegged tick, and here we live in the city of Pittsburgh. David could not recall ever being bitten by a tick; in fact people with Lyme disease often don’t. But it could have been worse. Some people with Lyme disease have more severe symptoms like facial nerve palsy, carditis, and meningitis.

What does David’s arthritis have to do with climate? The Center for Disease Control and Prevention reports that rates of Lyme disease have been rising for the past 25 years. With roughly 300,000 new cases per year, Lyme disease is now the most common vector-borne disease in the United States. Decades ago, the disease was mostly limited to the northeast (the disease is named after the town of Lyme, Connecticut). But in recent years Lyme disease has spread through Pennsylvania, Ohio, Illinois, Minnesota, and at least 11 other states.

Epidemiologists hypothesize that climate change may be contributing to this rise in Lyme disease rates. Warmer temperatures and higher humidity may increase ticks’ ability to survive, multiply, and transmit disease. It’s possible that with continued rising temperatures, we could see even higher rates of Lyme disease and other vector-borne diseases.

Climate change is commonly described as an “existential threat,” in other words, a threat to our very existence. More than a threat, the emergence of Lyme disease has already impacted how we exist here in Western Pennsylvania. Anytime we venture outdoors, we have grown accustomed to taking precautions to avoid tick bites by wearing proper clothing and repellant, and afterwards doing thorough checks for ticks. Here in our office, we commonly prescribe prophylactic antibiotics when parents find engorged ticks on their children to prevent Lyme disease from occurring. And, as in the case with David, when a child presents to the ER with arthritis, Lyme disease is one of the first things that comes to the doctor’s mind.

This new epidemic of Lyme disease could be just one example of the myriad ways that climate change impacts our daily lives, and will likely continue to do so in more significant ways unless we act.

Gabriel Cisneros, MD, FAAP, is Co-Chair of the Pennsylvania Chapter of the American Academy of Pediatrics Advocacy Committee. He is a general pediatrician with UPMC Children’s Community Pediatrics, Bass Wolfson in Pittsburgh, and Medical Director of Children’s Express Care Lawrenceville.

Time to Step Up Efforts to Protect Children from Climate Change