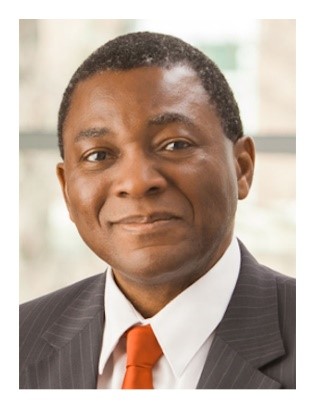 Other than temperatures hovering around 38 degrees F, about 10 degrees lower than seasonal average, March 9, 2019, began as an ordinary winter day in Nebraska.

A few hours into the morning, however, I was jolted by an unexpected text message from the President of the local Boys and Girls Club, on whose board I serve as chair.

“Do you know how we can access an aircraft to help evacuate a group of club members and staff?” he asked.

The group had become stranded during a campus tour of a private university just 45 minutes northwest of Omaha, he explained. Out of the blue, all the roads and bridges that had been used to get there just a few hours earlier had suddenly become inaccessible --either completely buried under-water or severed beyond use by an unexpected storm.

Prior to this, I had never heard of a bomb-cyclone. Over the next few days, I learned how this severe weather phenomenon joined forces with an unusually cold season, heavy snowfall, frozen grounds, rivers and streams and blizzard conditions to create the most severe flooding ever to strike our state. Fortunately, the stranded kids were safely evacuated, albeit 48 hours later than they would have preferred.

The rise in cascading disasters across the United States, from the historic flood here in Nebraska to the devastating impact of Hurricane Dorian on the Bahamas and East Coast that’s still unfolding, is a blunt reminder about the importance of being prepared.

National Preparedness Month is a good opportunity for us, as pediatricians, to consider our role in emergency and disaster preparedness planning for our own families, as well as the families and communities we serve. Preparedness within our institutions is also a critical priority. The AAP provides resources for your practice site.

Why should pediatricians become involved?

As primary care physicians, pediatricians are often the first line of care for children, and we have the most unique opportunity to provide anticipatory guidance as well as to advocate on their behalf. Issues specifically related to children are not often considered in disaster planning unless a pediatrician is actively advocating for them.

Ensuring that your institution stockpiles vaccines for children, for example, as well as appropriate medication doses and formulations based on size and weight, the right sized emergency equipment, and the appropriate delivery modules are of paramount importance. Let’s look at some examples of your role as a pediatrician at your institution and in personal preparedness, either for yourself or the families you serve.

Institutional role for the pediatrician

In terms of your institution, it is important to find out who is in charge of disaster planning and what role, if any, a pediatrician can play. Is there a pediatrician who serves as the disaster/emergency coordinator or, because of their leadership position, is part of the incident command team?

If not, you should advocate to be a member of the team to build trust and cohesion prior to a disaster and to ensure that all the needs of children are considered. Volunteer to be a part of regular drills and exercises, such as tabletop, online, and live, virtual or augmented reality exercises, to ensure scenarios involving children have been thought out. Make sure there are staff trained to deal with children on the team.

​“The rise in cascading disasters across the United States, from the historic flood here in Nebraska to the devastating impact of Hurricane Dorian on the Bahamas and East Coast that’s still unfolding, is a blunt reminder about the importance of being prepared.”

For 10 years prior to the 2014 Ebola outbreak in West Africa that led to activation of the Nebraska Biocontainment Unit, our institution held hospital drills at least quarterly that included multiple stakeholders. These included pediatric providers (pediatricians, advanced pediatric nurse practitioners, behavioral health providers). This enabled the development of a highly cohesive team that had built trust with one another and were well prepared when the first patient arrived.

How to prepare yourself and the families you serve for disasters

Preparation is critical, whether it is for yourself or for the families you serve. The most important aspect is being aware of potential natural disasters or terrorist attacks and ensuring that there is a written plan of action that can be quickly activated when needed.

Your patient’s annual preventative counseling session provides a chance to ask a few probing questions, and to have handouts to provide families.

Questions to consider include:

If a family has a written emergency plan, volunteer to look at the plans to make sure there are no gaps. You should also encourage the parents to engage their children in preparedness planning (building a Disaster Supply Kit, developing a communication plan) so that they can be fully aware and engaged prior to the disaster. Refer them to credible sources for their planning such as the AAP Family Readiness Kit, or the FEMA Ready.Gov site that provide a rich array preparedness information including videos, personal service announcements in different languages, and how to build kits among other tools.

The slogan on the FEMA website is spot-on: remember that disasters don’t plan, but you can. Preparing an emergency plan for disasters and practicing it will make you, the children you serve, and their families much more confident and safer when emergencies do occur.

Pediatric Readiness for the Everyday Emergency and Disasters

Help Families Develop Plans, Including those with Children and Youth with Special Health Care Needs

Disasters and Your Family: Why to Be Prepared