Don’t Underestimate the Power of the Physician Voice 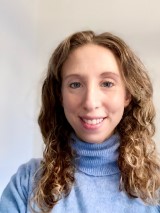 During the pandemic, the use of telehealth has grown exponentially, often allowing us important windows into our patients’ home lives and surroundings. That can lead to avenues of assistance we might not expect when we connect with patients during a call.

On a virtual visit last year, I saw a previously healthy 3-year-old boy who presented with three months of nighttime coughing.

As the diagnostic assessments ran through my head, I began asking about environmental triggers and mold exposure. The family was unsure what mold was, but because we were on a virtual visit, I was able to describe to them what it looks like and they were able to show me the area they thought might have mold.

They had repeatedly asked their landlord to fix a leak, and mold had developed in the room in which the boy was sleeping. I suggested they close off the room until repairs could be made and offered to draft a letter to the landlord advocating on their behalf. I provided the family with information on the New York Legal Assistance Group (NYLAG), with which Maimonides Medical Center in New York has a medical/legal partnership, in case the letter did not motivate the landlord to fix the problem.

The power of the physician voice is often underestimated.

Screening and addressing social needs, which is recommended by the AAP and Bright Futures guidelines, is one area in which we are just beginning to understand the impact of the physician voice.

Research is blossoming with best practices and outcome data is beginning to surface. One of the questions I often receive is: Why the physician? Is this not the job of a social worker or someone without a medical degree? Here lies the power of the physician voice. Many families state that they do want to discuss social needs with their pediatrician, and that they trust the medical team to help them.

One method of using the physician voice is to advocate on behalf of patients with physician-generated letters for specific needs. Medical/legal partnerships are a mechanism for helping patients with unmet social needs such as immigration, poor housing conditions, and education needs. In these partnerships, physicians can serve as an advocate by writing letters for their patients laying out the negative health consequences they might have.

“In our institution, we embedded physician-generated letter templates into our electronic medical record to allow for a simple and quick intervention.”

Caregivers of patients who reported poor housing conditions and received a physician-generated letter between April and October 2019 were surveyed about the landlords’ actions 2-6 months later. In a study I conducted, most families who gave letters to their landlords reported that the process led to landlord action (89%) and improved housing conditions (74%).

Integrating the letter template into the electronic health record allows for a quick intervention, providing families with a simple way to attempt to remediate their housing conditions before resorting to lengthier and costlier solutions, such as moving or legal action.

The 3-year-old boy I met on the virtual visit had complete resolution of his cough after he moved out of his mold-ridden room and the landlord made changes to the home after receiving the letter I wrote.

When we speak up, we can make a difference.

Yonit Lax, MD, FAAP, is the chief of Pediatric Community Health and an attending physician in the Divisions of General Pediatrics, Hospital Medicine and Population Health at Maimonides Medical Center in New York and an assistant professor of clinical pediatrics at SUNY Downstate Medical Center. She also is the principal investigator for two HRSA Healthy Tomorrows Partnership for Children grants.