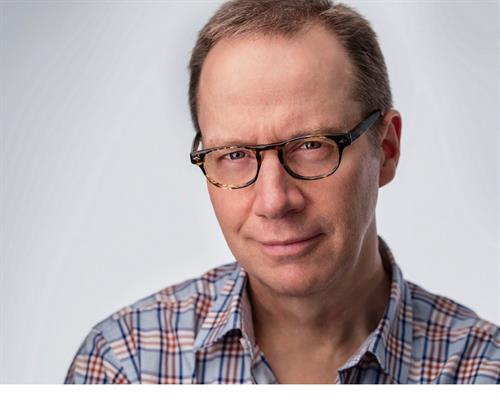 One autumn evening in 2002, I stepped outside to back my SUV into the driveway of my home. I checked my rearview and side mirrors, as usual, and shifted into reverse. I didn’t see my 2-year-old son, Cameron, who was directly behind my vehicle after quietly slipping out the front door to follow me.

I thought Cameron was still inside, where he’d wrapped his arms around me in a giant hug moments before. My wife and I had just arrived home after a dinner out, and she was paying the babysitter.

I felt a bump, and that’s when I saw him. Illuminated in the headlights, Cameron was lying on the ground in his pajamas and clutching his blue blanket. In a moment of horror no parent should ever experience, I ran over to and saw my child bleeding profusely from his ears and nose, staring straight up.

This year marks 16 years since the accident. But for the first time since Cameron’s death, his legacy is fully alive. Despite many legislative delays,10 years after being signed into law by then-President George W. Bush, the Cameron Gulbransen Kids Transportation Safety Act was fully implemented on May 1.

The law now requires all newly manufactured motor vehicles under 10,000 pounds sold in the United States to be equipped with backup cameras equipped as a standard feature to help drivers to know when there are pedestrians behind their vehicles. Another stipulation, requiring the government for the first time to start collecting data on nontraffic accidents, such as back overs, rollovers and power window entrapments, had already gone into effect.

Because of the law, we now know hundreds of children are seriously injured or killed each year when a driver doesn’t see them before backing up. In my practice alone, since Cameron died, six families were involved in these types of crashes. Most backover injuries involve children between one and two years old, and 70 percent of the time a parent or close relative is driving. In fact, the situation has been called “bye-bye syndrome,” because a lot of these injuries happen when parents leave and their kids follow, get behind the car, and are backed over.

Two days after Cameron died, KidsandCars.org founder and president Janette Fennell was speaking at an American Academy of Pediatrics meeting about automobile-related dangers to children such as backover crashes, which appeared to be on the rise since the 1990s as larger SUVs and trucks became more popular among consumers.

Ironically, we’d purchased our SUV because of its top safety ratings. We’d fully baby-proofed our house and also wanted to drive the safest vehicle we could. Crash test data showed how well it protected passengers in rollovers and other common crashes. But with its huge blind zone, as most trucks and SUVs have, it didn’t protect my son from what happened.

"I knew that going public and describing what happened with Cameron, over and over again, would be incredibly difficult. It was, especially as a pediatrician, when your job is to keep children healthy and safe. But while being a pediatrician made speaking out more difficult, it also made it absolutely necessary.”

It would take a couple months, but eventually I called Janette at KidsandCars.org, asking how I could help her organization get word out about the danger of backover injuries. Colleagues at her AAP talk told me her group was trying to raise awareness and collect reports about these crashes. Because most of these injuries were taking place on private property like driveways and parking lots, they weren’t yet tracked by the National Highway Traffic Safety Administration.

I knew that going public and describing what happened with Cameron, over and over again, would be incredibly difficult. It was, especially as a pediatrician, when your job is to keep children healthy and safe. But while being a pediatrician made speaking out more difficult, it also made it absolutely necessary.

I also knew how some people would react. People I didn’t know called my office commenting that I should just kill myself. More painful than the random callers, by far, was when a few families I knew well left the practice.

As I talked with news reporters between patients and travelled to Washington to lobby legislators and testify to Congress, I rarely missed a day working in the office. Helping patients and seeing them thrive became a form of therapy. I no longer felt that being a pediatrician made what happened worse. It is what saved me, and helped bring more urgent attention to the problem. As Janette would tell people, if this could happen to a pediatrician, it could happen to anyone.

Today, my grief over what happened is joined by a deep sense of gratitude. I realize how lucky I am to be a pediatrician, so fortunate to have been able to transform my loss into policy change that will help keep kids safe. I look back at Cameron’s life and measure it not in quantity, but in quality. As a result of Cameron’s death, far fewer children will be victims of backover tragedies.

Greg Gulbransen, DO, FAAP, is a member of AAP’s Section on Osteopathic Pediatricians, practices with Oyster Bay Pediatric and Adolescent Medicine in New York. He’s also an Assistant Professor of Pediatrics at the Donald and Barbara Zucker School of Medicine at Hofstra/Northwell.