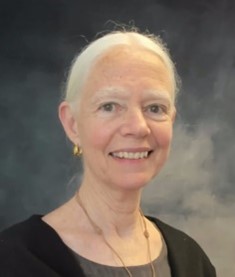 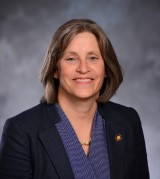 Access to guns within the context of intimate partner violence is a frequently overlooked infant mental health issue.

We know that environmental stress experienced during pregnancy disrupts fetal brain development. Epigenetic changes resulting from prenatal chronic stress persist after birth and are associated with aggressive behavior and emotional negativity in toddlers. One significant stressor is intimate partner violence, made all the more stressful, threatening, and dangerous when guns are present.

And, we know that the risk can escalate even further once a victim leaves their abuser or takes out a restraining order.

A memory from residency relates to an admission to the newborn intensive care unit. Lying under the radiant warmer was a premature baby born 2 ½ months early. The night before, the mother had presented to the emergency room after the father shot her, an event that likely prompted preterm onset of labor and birth.

Fetal brain development is exquisitely sensitive to environment, both the environment of the womb and what surrounds the pregnant person. When a pregnant person lives with chronic stress, elevated cortisol levels pass through the placenta and disrupt healthy brain architecture. Coercive, threatening treatment by an intimate partner is traumatic and this is further exacerbated when a gun is involved.

Chronically elevated cortisol levels can lead to in utero growth retardation and premature birth. Research shows that newborns less than 24 hours old who have been exposed to chronic stress in utero have stronger emotional responses to pain (heel stick) and are more difficult to console, both indications of a prenatally primed amygdala response to stress.

We can better protect pregnant people, developing fetuses, and infants from chronic, toxic stress through improved and expanded resources for domestic violence victims and better legislation on gun violence prevention. As soon as a victim is granted a restraining order, the perpetrator should have to relinquish their guns. We need universal background checks to make sure convicted abusers can never purchase or possess guns. And, any convicted abuser needs to be prohibited from gun purchases, not just those that fit the relationships defined in federal law (spouse, co-parent, co-habitant).

As medical providers, we should make our clinics gun-free zones. We need to safely and sensitively screen for domestic violence, including the presence of coercion in a relationship as well as screening for guns in the home. We should understand and discuss safe gun storage. We must know about and refer to resources in the community for those seeking to leave an abusive relationship. And, as always, we should observe infant behavior closely and parents’ engagement and perceptions.

“It is clear that gun violence, especially in the context of domestic abuse, has a deleterious effect on fetal and infant brain development.”

It is clear that gun violence, especially in the context of domestic abuse, has a deleterious effect on fetal and infant brain development. As pediatricians, we can work to screen for domestic violence, including the increased risk of harm and stress that a gun brings to an already difficult situation.

As citizens, we can advocate for better laws on gun violence prevention. We must be a voice for babies.

Sherri L. Alderman, MD, MPH, IMHM-E Policy & Clinical, FAAP, is a developmental behavioral pediatrician, a faculty member at Portland State University in Oregon, and the immediate past chair of the AAP Council on Early Childhood.

Lisa Reynolds, MD, FAAP, is a general pediatrician at the Children’s Clinic in Portland, Oregon, and a state representative in the Oregon Legislature.