Keeping Children Safe: Changing the Script for How to Prevent Gun Violence in America​​ 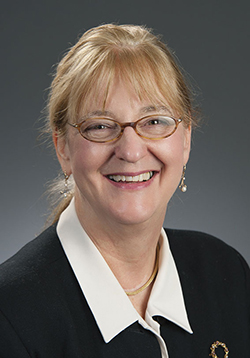 As recent events have underscored, the panic, anguish and heartbreak that unfolds after a shooting rampage is now frighteningly familiar to us as a nation. We identify with the despair of the victims and their families. We read updates on social media and watch the images in the news, and try to protect our children from the violence shown there as our hearts drop. Tragically, unacceptably, we know this script. We ask the same questions and are left without answers that can explain the anger and sadness that has engulfed another community.

Three years ago on Dec. 14, pediatricians, parents and communities around the nation watched in horror, when 20 first-graders and six of their teachers and educators were murdered in Newtown, Connecticut. Since then we have witnessed similar scenes of loss in Aurora, Charleston, Washington D.C., San Bernardino, Roseburg and other cities that still grapple with the impact of these events. According to an analysis by USA Today, mass killings happen about every other week in the United States.​

How many more times must our nation witness this – and fail to adopt policies and practices that will keep our children safe?

After the tragedy at Sandy Hook Elementary, and the years that followed, pediatricians along with a multitude of others advocated for meaningful policies to keep children safe from gun violence.​

​​"How many more times must our nation witness this - and fail to adopt policies and practices that will keep our children safe?"​

​And while the toll of gun violence on children remains unabated, what has changed is the growing number of advocates working to prevent it. Pediatricians, parents, elected officials and advocacy organizations have pushed for new gun safety reforms and to engage their communities in change. But it hasn't been enough to stop seven children and teens dying from gun violence every day.

Gun violence rips through the fabric of a community. This happens in dramatic occurrences that gain national attention like the massacres in Newtown, and also in insidious ways through accidental shootings, suicides, and pervasive urban violence that plagues our communities but fails to sustain our attention. We need to change the script from empathy to action. We can, and must, do more.

Gun violence is a public health threat to children. It is an epidemic, and just like any epidemic, we can prevent it. Pediatricians understand prevention; it's at the core of our work. We aim to protect children from that which can harm them. Following motor vehicle crash injuries, firearm-related injuries are the second leading cause of death among youth in the United States. In 2013, gun-related injuries accounted for 6,575 deaths of young people one to 24 years of age, according to the CDC. That's 18 deaths a day. Gun injuries cause twice as many deaths as cancer, five times as many deaths as heart disease and 15 times as many deaths as infections. The United States has the highest rate of firearm-related deaths among high-income countries.

There are children behind these statistics, and we can protect them by preventing gun violence. It is not a political decision. It is a public health imperative. ​

​"We urge elected officials to advance meaningful policies that keep children safe from gun violence, and will turn to those running for political office next year with the same call.​"​​

Do Right by our Children

Gun violence has a multitude of causes. But we do know that effective public policy solutions can prevent thousands of needless firearm deaths every year in our nation. For more than 20 years, the American Academy of Pediatrics has supported gun violence prevention through research, education and advocacy. Three truths have emerged:​

Pediatricians urge our elected leaders – along with those running for election in 2016 -- to find the courage to make this time different, to allow science to prevail over politics, and to do right by our children. The AAP advocates for:

Parents also need to know that violence can have lasting effects on children. This is true even if children are only witnessing it through the media. Frightening images in the news can be confusing and upsetting to children, and so I urge parents to take care with how their children learn about these events. The AAP has advice on talking to children about tragic events in the news on our parenting website, HealthyChildren.org.

Pediatricians remain undeterred in our quest to keep children safe. We urge elected officials to advance meaningful policies that keep children safe from gun violence, and will turn to those running for political office next year with the same call. We will continue to engage our communities, promote a public health approach, counsel parents and advocate for equitable access to mental health services.

Whether it's an elementary school in Connecticut or a government building in California, a movie theater in Colorado or a street corner in Chicago -- these children are our children. We must come together as pediatricians, as parents and as partners to prevent more tragedies like this. Even as we struggle to find the right words, we have to change the script.​

Sandra G. Hassink, MD, FAAP, is the 2015 president of the American Academy of Pediatrics. She is a pediatrician at Nemours/Alfred I. duPont Hospital for Children (AIDHC) in Wilmington, DE, where she founded​ the weight management program in 1988 and serves as director of the Nemours Pediatric Obesity Initiative.

How Pediatricians Can Advocate for Children's Safety in Their Communities